Where does the time go? It’s May already! The last few months have been a flurry of activity here in Clarksburg. Bloom is occurring in the vines: first the white varieties, then the reds. From here, it’s a fast track to veraison, when the grapes start to soften and sweeten on the vine.

Not only have we begun another growing season, but we have reopened our Home Ranch to guests! After being closed for over a year to the public, we are thrilled to welcome visitors once again.

We hope to see you here at the Home Ranch soon! 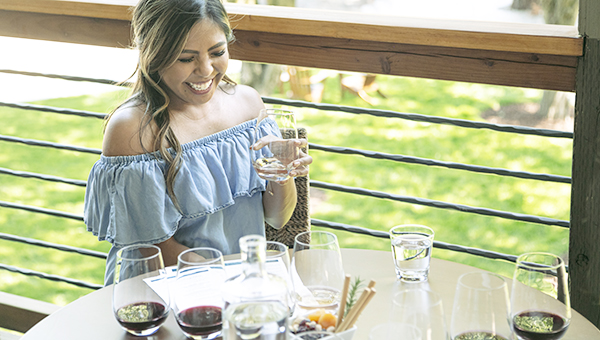 Who would have thought that in March of 2020, our doors would be closed and not reopen for another 14 months?  Certainly not us.  But, we here at Bogle found ourselves in the same shoes as so many other business owners across the US… we didn’t know what was going to happen next.

As it became clearer and clearer that we had a stretch of time ahead of us, we decided to use it to our advantage.  By offering tastings daily, we hadn’t had time for several maintenance and infrastructure projects that were well overdue.  It was also important to thoughtfully look ahead to our future reopening: what did we want the tasting experience to be when we welcomed guests back?

After hearing from so many of you about how we had gotten “a bit too crowded” and that it was “no longer as quiet” as it used to be, we realized that so much of what we wanted to share was being pushed to the side in an effort to fill all those glasses.  Long gone were the days of visiting with our guests, answering questions about the wines, and sharing our story.  We wanted to get back to our roots.

So, we set out to do just that.  We relandscaped several popular spots on the property to create separate areas for relaxing and enjoying our wines.  The Vineyard Patio now welcomes guests for lounging and comfy conversation, while our Picnic Tables host groups of up to 6 for a “bring-your-own” lunch or small bites type of afternoon. And for the ultimate chill session, we have several Adirondack chairs ready and waiting for you, your glass, and your favorite +1. With our new tranquil setting, you’ll likely find the chirping of the birds and the Delta breeze competing for your attention.

Just as many of you expressed, we too missed hosting you on the perch of our second-story deck.  Views of Merritt Island stretch far and wide from every table, and on clear days, the snow-capped Sierras wave back at you.  From this vantage, guests enjoy a new, guided Tasting Experience. A flight of five wines, either chosen from our entire range of wines or selected from our curated flight list, can be sampled and savored while our attentive Wine Guides answer whatever questions you might have about the area, our family, and the wines themselves.  After the 90-minute experience concludes, the sunshine-filled grounds are yours for the basking.

To offer this relaxed and personalized experience for our guests, we will remain “reservation-only”, even as state and local restrictions ease up.  Tasting Experiences are offered Thursday-Sunday, from 11am-5pm, while club members are offered “member-only” days of Monday, Tuesday, and Wednesday for Picnics and Patio Visits 10am-5pm.

Visit our website at boglewinery.com to learn more about ways to visit and experience the “new” Bogle Home Ranch.  Our family cannot wait to welcome you back! 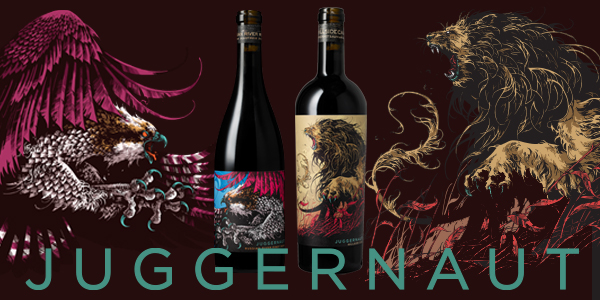 Harnessing the Power of Nature: Juggernaut

Wines are born in the vineyard.  Juggernaut was no exception.

For years, Winemaker Eric Aafedt noticed something about the Cabernet Sauvignon grapes that were grown and harvested from hillside vineyards.

“These grapes were just full of color and aromatics, intensity and tannins,” says Eric.  “All the vines were on hillsides and had to struggle to produce.  But that seemed to create some really exceptional fruit.”

Grapes have been grown on mountainous terrain since the beginning of time.  Rocky soil with fewer nutrients and less water creates harsh, challenging conditions, stressing the vines but creating grapes of exceptional quality.  Eric and the team wanted to showcase what these hillside vines were producing, so they created Juggernaut.

“Our first vintage was a Cabernet, aged in new French oak, which took the intensity of the fruit and transformed it into a dense and velvety wine, full of anise and cassis, and finished with a smooth texture and rich tannins,” says Eric. “But making the wine was the easy part.”

Finding a name and label was a different story.  For years, the name “Juggernaut” had been batted around at meetings.  With the wine’s style, Juggernaut, defined as “an unstoppable force”, just seemed to fit.  Bogle’s production, marketing, and sales teams worked together to find just the right image to represent the bold wine with the unique name.  The moment the turquoise-tipped Lion was put on the table, Juggernaut roared to life.

With a limited first release, Juggernaut was well received, but not widely available. Demand quickly outpaced our expectations and we began to explore whether we could make any other wines that are so affected by nature?

The Russian River’s proximity to the Pacific Ocean and its maritime influences offer similarly challenging conditions.  Heavy fog makes the vines work hard for every ounce of sunlight and warmth, while the soil composition balances effort with restraint.  For years, our Reserve Pinot Noir came from grapes grown in these inhospitable conditions, but it was time to allow the wine to take flight, as our next iteration of Juggernaut.  After working with the same artist who drew the Lion, the team was proud to unveil the Osprey.  Indigenous to the Russian River, this alpha predator is a take-no-prisoners raptor, perfect to adorn the label for our Juggernaut Russian River Pinot Noir.

Aged in a combination of new and used French oak barrels for 12 months, the wines blooms with aromatics of stargazer lilies, followed by classic cola and cherry notes.  Hints of waffle cone, vanilla, and toasty caramel rounds out the finish, a perfect balance of power and grace.

Overcoming hardship builds character…taste for yourself with Juggernaut.
Available at retailers nationwide or at our Wine Shop in Clarksburg.